The Future is Glass Google have recently unveiled their latest invention, the futuristic Project Glass. The device is an augmented reality head-mounted display with smart phone-like capabilities.

Worn like a traditional pair of glasses, but without the usual glass lenses, it can be functioned hands free, using voice commands to record videos, send messages, make calls and perform a host of other functions.

Google have released various videos that show Glass’s abilities. Filmed in the first person, the clips show Glass being used for a range of activities. People use it to capture videos, get directions, make calls, send messages, start Google+ hangouts, search the web, translate, and take pictures.

These functions are made possible with simple voice commands, all using ‘Ok, Glass’ as a trigger to activate the device.

The videos show people using Glass while skydiving, flying planes and on rollercoasters, suggesting that the product will be hardy enough to withstand more extreme activities than the average smartphone.

How does it Work?

Though Google Glass looks at first glance like a pair of glasses, it actually functions like a high tech monocle. With a camera and a screen fitted on the right arm of the frame, Glass performs all its functions from, and displays everything by, the right eye.

To enable clear vision, the screen uses a ‘head-up display’, remaining transparent while it is in use. It has been reported that the screen is location aware, and information on the screen can be selected by tilting your head.

Google initially suggested that Glass would be available by the end of 2012; clearly that is not the case. There has been a limited release for testing, with people able to put their name in a ballot and be selected to be a ‘Glass Explorer.’ (Unfortunately for anyone selected, Google did not give the devices away; you had to be willing to hand over $1,500.)

It seems likely that Google Glass will be available to the public by the late 2013, early 2014. Google hopes to make immediate inroads into the smartphone market, but with a $1,500 price tag, it won’t be for everyone.

How does it Look?

It’s hard not to be excited by Glass. It promises a future unencumbered by bulky phones, where we can drive without having to worry about hands free kits, and where we are always prepared to snap a photograph.

However, there are some things to be wary of. There are privacy concerns, with such a small camera able to be used completely hands free. There is also the possibility of making covert videos and for the camera to be used with facial recognition software.

There may also be issues for people with eyesight problems. Though there has been talk of making Glass work for people without normal eyesight, as yet nothing has been unveiled.

Who knows? If nothing is forthcoming, perhaps more people will turn to laser eye surgery in order to cast their glasses aside and make way for Google Glass. 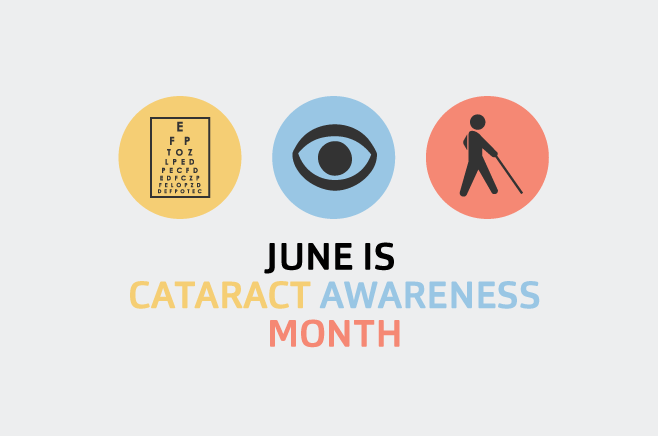 Around half of Australians aged between over 65 to 74 have cataracts so it’s important that an entire month is dedicated to education and awareness!