A Drop of Hope for AMD Sufferers Recent laboratory tests have found a possible treatment for people suffering from age-related macular degeneration (AMD). The tests, undertaken at the Washington University School of Medicine, found that certain medicated eye drops could be effective in mitigating AMD symptoms.

The tests, headed by research leader Dr. Rajendra Apte, were first undertaken on mice suffering from a condition similar to macular degeneration. The initial findings resulted in tests on human cells from people with AMD.

Looking at the Results

The research found that macrophages – cells that help in the defence mechanisms of animals – taken from the cells taken from test subjects all had unsatisfactory levels of a protein (ABCA1) that transports cholesterol from cells.

This has potential repercussions for AMD, as the wet form of the disease is caused by excess blood vessels within the eye. With no way of dealing with the cholesterol, the macrophages are unable to deal with the growth of blood vessels that typifies the disease.

But when treated with the eye drops designed to restore the cholesterol reducing proteins, the tested cells were able to reduce the development of the harmful blood vessels.

With the eye drops mitigating one of the causes of macular degeneration, there is hope for a future cure to the disease that is the leading cause of vision loss and blindness in Australia.

Though the tests showed encouraging results, a cure will not be ready for some time. Despite the drug’s effectiveness, proper treatment would require further development and modification.

Additionally, though the drops were tested on human cells, they have not yet been used on human subjects.

But though it is still early days, the wheels are certainly in motion. The first round of clinical trials are likely to be carried out on patients within the next five years.

These subjects are likely to be AMD patients in the early stages of the disease, where the disease is not so thoroughly engrained as to potentially render the drug ineffective. The tests may also look at preventative measures, treating those at risk of AMD, such as those with a family history, who have not yet developed symptoms.

For those contemplating a future without sight, this research is undoubtedly a beacon of light. Glaucoma is one of the leading causes of irreversible blindness in the world. Contrary to popular belief it is not just a disease of the elderly & it can be treated. 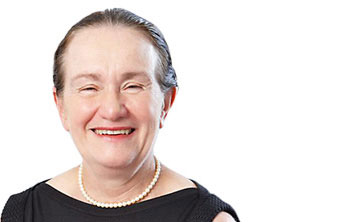 Have you heard the name Kerrie Meades? If you haven’t, you’ve almost certainly heard of laser vision correction.